Talent, Ambition And Belief: The Rise Of Talented Female Cricketers In Anantapur

In Anantapur, like the rest of the country, the sport is developing at a fast pace. Anantapur Sports Academy (ASA), an initiative by the Rural Development Trust (RDT), is a development program that reaches out to around 9,000 children on a weekly basis and provides them with infrastructure, education, coaching and nutrition.

ASA has been working for years to increase the participation of girls in sports and cricket is one of the biggest sports in the region. Two local players, P. Manisha and K. Mamta, epitomize the growth of talented women cricketers in Anantapur. The duo, from a town called Penukonda, have been playing cricket since they were 12 years old.

Coming from an impoverished background, the idea of being a professional athlete can seem like a faraway dream. There is usually pressure to find work quickly or get married. Sadly, this can be even more challenging for a girl who holds ambitions of becoming a sportsperson. They also face barriers like stereotypes, cultural norms and a general lack of facilities.

For Manisha, becoming a cricket player was in her blood since her father is a former cricketer from the district. Both the girls’ parents currently run very small businesses in the community but are extremely supportive of their daughters and fully back their ambition to be professional cricketers. This is very important for the growth and development of any young girl, let alone a cricketer. While this is not the case in the entire district, it is certainly encouraging to see families in rural communities starting to see a future in sports for their children, especially their daughters.

“They both come from poor families. However, these girls are aware that they have the potential to play for the state team and beyond. After seeing girls like B. Anusha (another ASA player) succeed, they believe that cricket can be an opportunity to make a living, be successful and give back to the community they grew up in,” says Yugandhar Reddy, a senior cricket coach at ASA.

The two all-rounders are extremely passionate about the sport and have seen it consume their lives. Mamta recounts that her favourite memory when she took a 6-wicket haul in a practice game a few years ago. For Manisha, a 5-wicket haul in a match against Kadapa stands out above everything else! 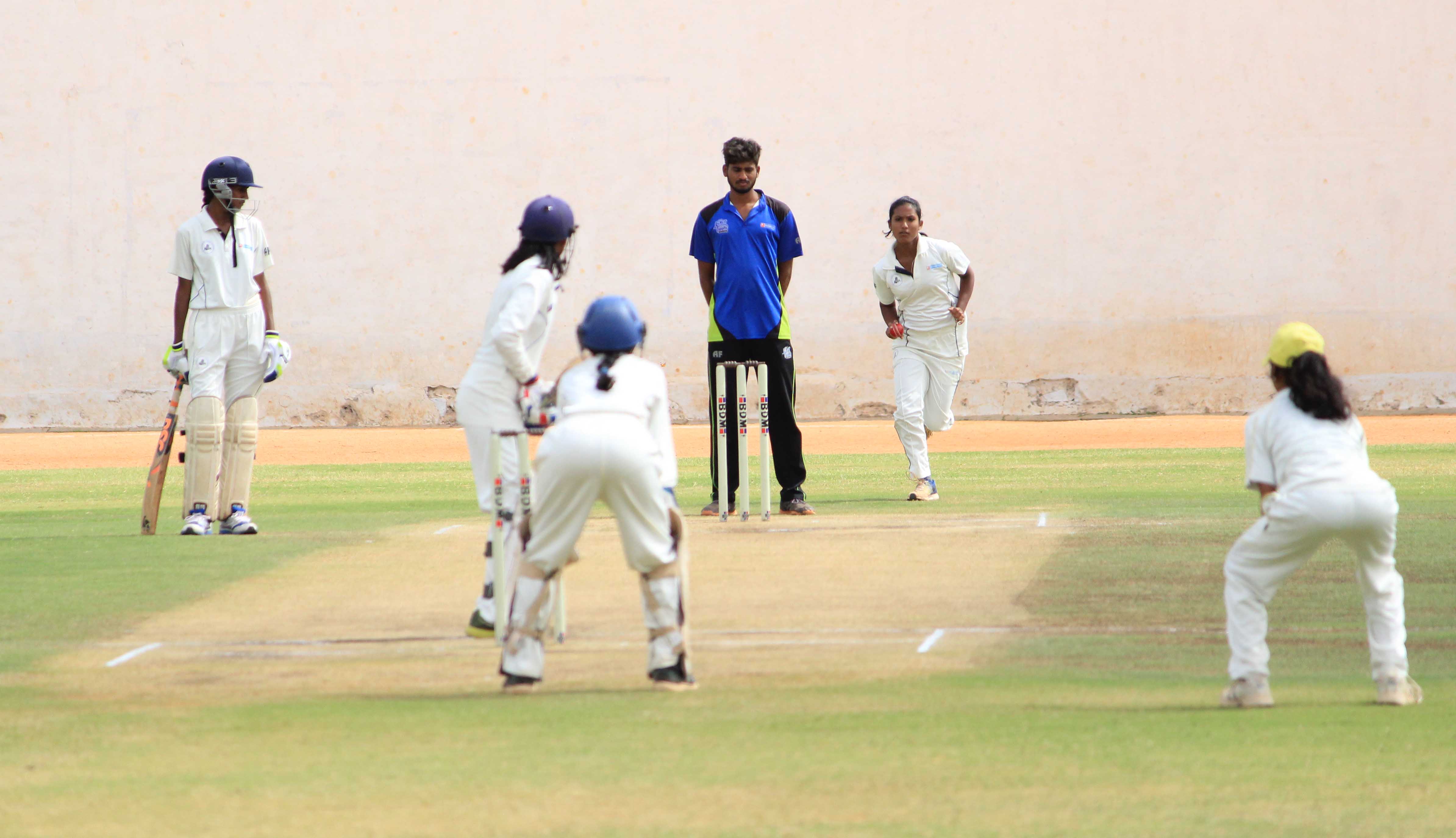 They’re both avid cricket fans and regularly watch international matches on TV. In fact, Manisha even got to meet Manish Pandey at a recent training session in Bangalore. Seeing role models like Mithali Raj and Smriti Mandhana succeed has truly inspired these young cricketers. It led to them working on their game every day, which resulted in brilliant performances at the district level.

Tahir, a cricket coach at the residential academy says, “I believe that these girls have huge potential. Their fantastic performances at the inter-district tournament earlier this year simply couldn’t be ignored and we believe that they have what it takes to qualify for the Andhra Pradesh state team.”

Getting selected for the ASA residential program is a big achievement, but for Mamta and Manisha, it is simply a stepping-stone towards much greater things. Their ambitions, as they should be, are set high. They are determined to play for the Indian national team and for that, the hard work starts now.

“I love the facilities and equipment at ASA. I believe it can help me develop as a player and achieve all my goals,”says K. Mamta, when asked about her thoughts on joining the academy.

Mamta and Manisha are both making massive progress, not just as cricketers but also as people. Currently studying at a junior college in Anantapur town, they are well aware of the importance of school and studies. Though they both say that cricket is and always has been priority, they believe that through focus and strict time management, finding the right balance between sports and academics is far from difficult

They are also very self-aware and understand that cricket is not simply a sport but something that has shaped their outlooks on life. It has helped them learn values such as teamwork, friendship and always having a positive attitude. The sport has helped them realise the importance of being fit and these are habits and values that they will keep for the rest of their lives.

The two of them are excited for their time at ASA and hope to learn and develop further in their two years at the academy.

“I have already made a lot of good friends here at ASA, especially with some of the Hockey players. I am looking forward to developing my game, especially my batting,” says Manisha.

These girls are ambitious, confident and perhaps most importantly, believe in their ability to succeed. Their sights are set on much bigger things and you may be hearing their names for years to come!